The fight against malnutrition in Chad 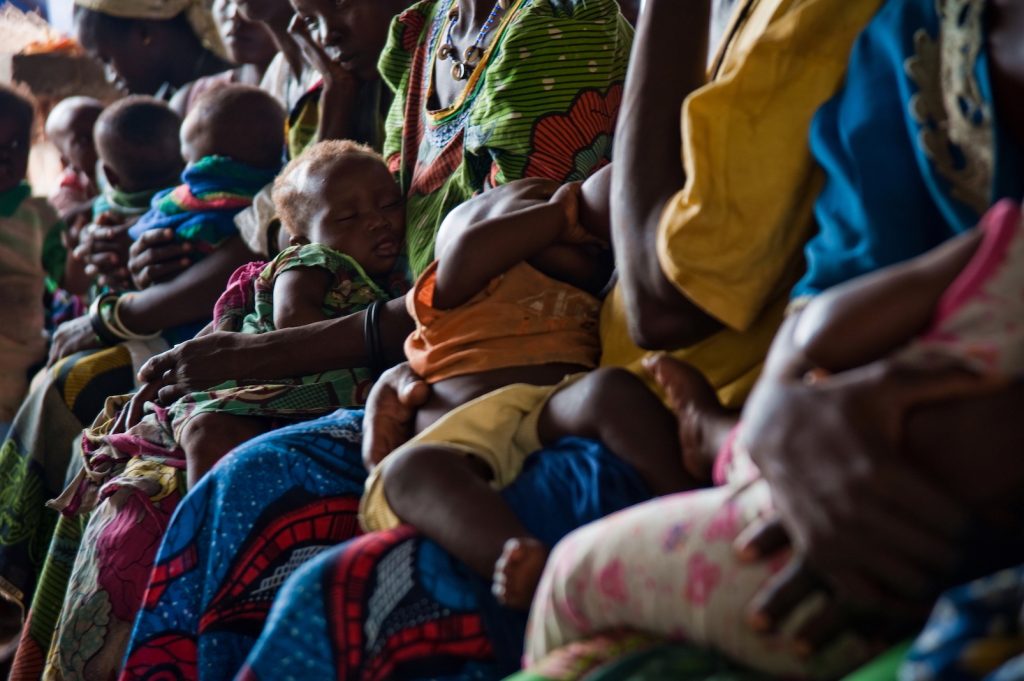 Chad is one of Africa's poorest countries and ranks 186th place (out of 188 countries) for its very low Human Development Index (UNDP, 2016). The country has an acute malnutrition rate of 12.2% (SMART survey UNICEF 2016).

More than 80% of the population lives on less than 1 USD per day per person. The whole country of Chad, and in particular the Sahel region, is facing recurrent climatic and environmental shocks that exacerbate the vulnerability of the population, among which there are many pregnant women and breastfeeding mothers, orphans, refugees and internally displaced people.

COOPI has structured a system of identification and reference for cases of Severe Acute Malnutrition (SAM) and Moderate Acute Malnutrition (MAM), so that the health centers in the area can benefit the children who live in the Health District of Massakory, referring to 8 health centers - Koukaye Tourba Karal Souleymanary Kékékonkia Toumsabadary Sidje Toumsary -, for a total of 13.000 children between 6 and 59 months.

The screenings were conducted for three months by 80 community members, who received appropriate education on early identification methods. 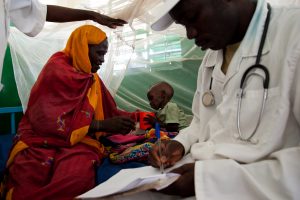 The initiative has not only foreseen the identification of malnutrition cases (and subsequent submission to the Health Center for treatment), but also future checks on the children's improving health and the effective application of correct health practices among the population as a result of awareness-raising sessions, regarding in particular: food diversification, hygiene, water and sanitation, good eating practices, conversion, fermentation, storage of food at household level. 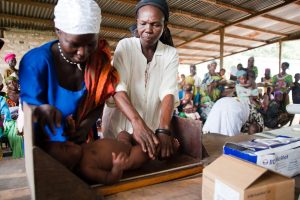 Knowing that a child and its mother are intimately connected and that the knowledge of the mothers has a direct impact on the nutritional status of their children, the door-to-door awareness campaigns on food and nutrition per group have been organized at a community level. A mother in the community whose child is in good nutritional health has been identified by community workers and has been a support for raising awareness among other mothers as a "model mother", especially for young mothers during the early stages of pregnancy and mothers with children in state of malnutrition.

Cooking demonstrations on preparing rich foods were organized, designed using local products, to accompany women in the care of their children, especially during the weaning period, which is a risky moment for malnutrition. Pregnant women's diets also provide a basis for improving children's nutrition, reducing foetal malnutrition and low birth weight. 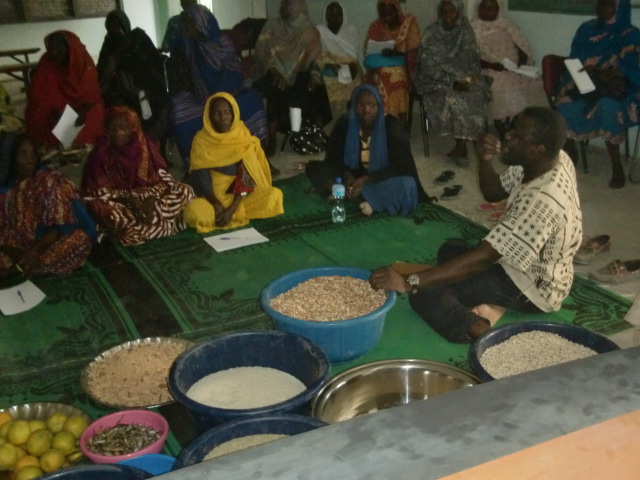 The involvement of grandmothers has been important, too, as they can also contribute to passing on traditions which result as harmful for the growing baby. Their awareness on hygiene and dietary practices is improved, with a focus on breastfeeding, recommended in traditional practices.

The project was carried out in the Department of Dagana, located north-east of the capital N'Djamena in the Hadjer Lamis region, whose population is of about 188.223 inhabitants and the capital is Massakory.

The direct beneficiaries are 13.000 children between 6 and 59 months which undergo screenings, pregnant women and breastfeeding mothers, the mothers of malnourished children. The whole population of Massakory, 188.000 people, are considered as direct beneficiaries.

COOPI Suisse works together with COOPI Chad on site and the Ministry of Public Health, in synergy with the Health District of Massakory (capital of the Department of Dagana) and its Health Centers.

The project was realized thanks to recurrent supporters of COOPI Suisse and who adhered to the #letschangehistory campaign. 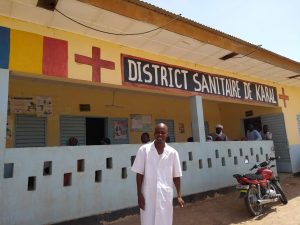 "COOPI has supported us in situations of malnutrition, they conduct screenings, they do cooking demonstrations and raise awareness on the correct diet for children and explain how porridge with meat is prepared.

As we are often out of stock of nutritional ingredients, porridge is vital for children. Since December, we have not had a delivery of these necessary nutrients, but mutton, beef or fish, we can always find. 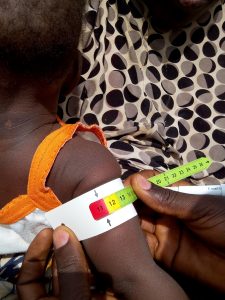 During the screenings, community volunteers collect data from all children using the MUAC bracelets. When the bracelet marks yellow, it means that the child is moderately malnourished and we take care of him or her at our health center. Here we can support children and their mothers and show them the correct care to prevent malnutrition from severe stages.

If we detect a case of severe acute malnutrition during one of our screenings, we refer the child directly to the UNT center". - Health Care worker

Dr. Albert is a young doctor who was assigned to the Karal Health Center in 2016, since then he has taken this district to heart and wants to stay here, even if he is far from home. Dr. Albert quickly made us understand the difficulties: "The government is not present in these areas, they do not help us, they forget us. Often, we have no medicine, no vaccines to give the children. We do not have a hospital here, when a child is seriously ill, parents must take him or her by car or bus to N'Djamena - a journey of 3 hours. NGOs like COOPI play a very important role, without them I would not be able to do anything for these people. It is very simple to contribute to the prevention of malnutrition, and thanks to the work done by COOPI, we will be able to help many more children. "