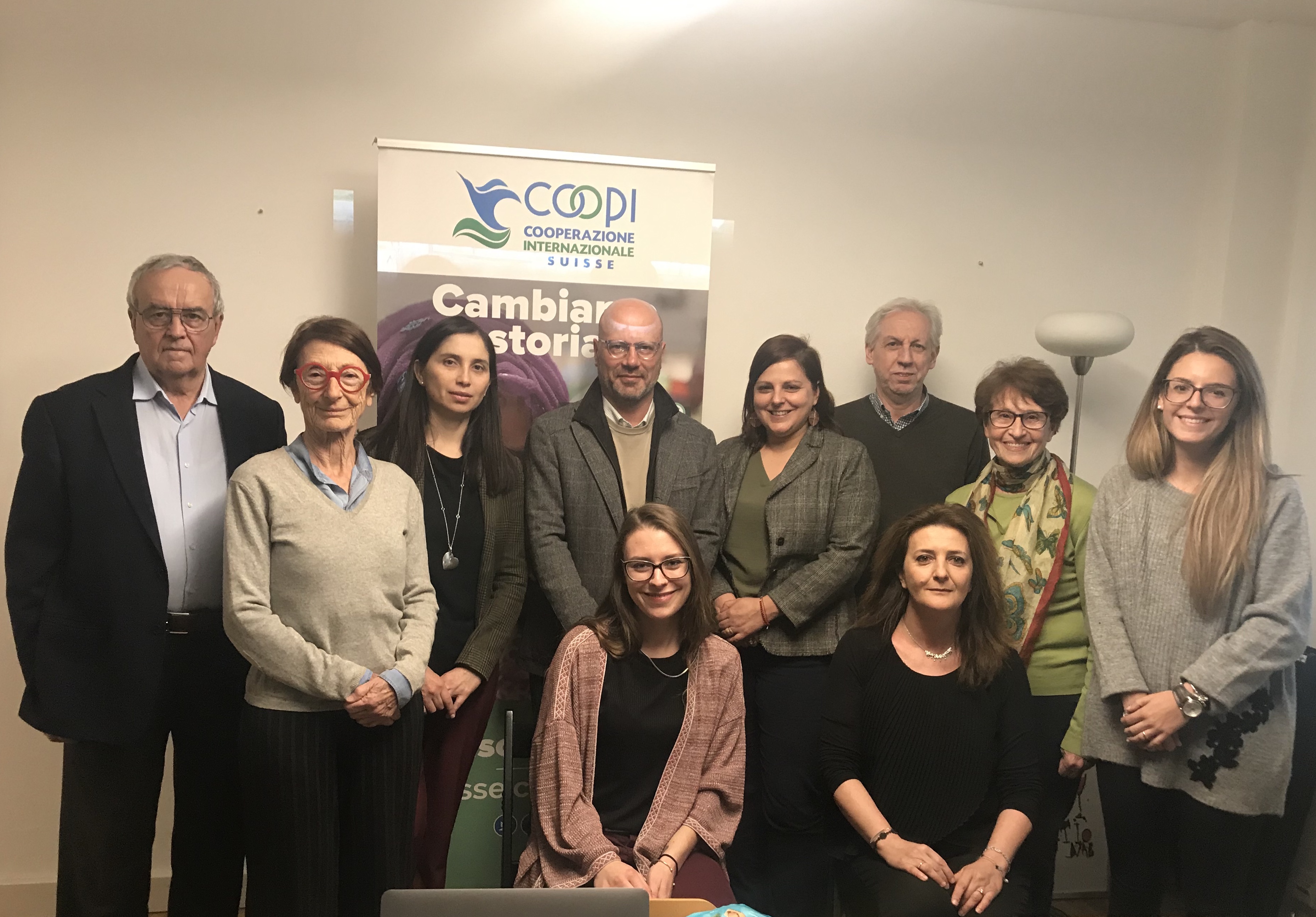 Approves the Association’s strategy and annual planning. Appoints the President and the other members of the Committee and defines their powers and tasks. Approves the annual accounts and their certification.

Defines the Association’s strategy and annual plan. Audits and certifies the Profit and Loss Account. Defines, chooses and controls the operational structure.

The Committee consists of

Lawyer since 2000 and notary since 2004, she started working in various courts, including the Juvenile Court and the Cantonal Criminal Court, and then practised as a lawyer and notary first in an associated firm and then with her own practice in Lugano. She has actively collaborated with refugee centres run by the Red Cross, providing legal advice free of charge. Founding member of COOPI Suisse, she has been Vice-President of the association since 2016.

She came into contact with the COOPI Foundation in 2011 through the Master in Fundraising at the University of Bologna, in 2012 she was hired by COOPI Suisse as Development Manager, holding this position until 2014. Since 2015, she has been a partner and member of the Association’s Committee as treasurer. She was in charge of fundraising for the Lugano Human Rights Film Festival. She is currently in charge of fundraising and communication for various non-profit organisations.

He has been working in the Cooperation sector since 1977. He first worked in several foreign countries, then returned to take on the role of Head of the Central Africa area and later Head of Projects Abroad for the COOPI Foundation. He is currently Director General of the Foundation in Milan.

From September 2013 to December 2016, she worked with COOPI Suisse managing the Association’s development activities, subsequently maintaining relations with the Association as a member. She collaborates with the Human Rights Foundation as project development manager and with Amnesty International as educator in Human Rights. For the Posti Liberi Action Foundation she coordinates legal assistance for asylum seekers and foreigners. Since 1 January 2020 she has been a member of the Cantonal Commission for the Integration of Foreigners dealing with the fight against racism and discrimination.