Back to school after four years of civil war in Mosul, Iraq

Four years of civil war in Iraq strained an entire population. More than 11 million people require some form of assistance, of which 3.5 million are children of school age.

For those children, who have become victims of war, forced to live displaced for years, returning back to their villages of origin has a further impact on their psycho-physical wellbeing: their homes are destroyed and their old school has collapsed under the rubble. Playing and moving around in places where they used to do is no longer possible as unexploded mines remain a serious threat, and it will take time to clear the entire area around the village.

These children need to return to normality as soon as possible, get their lives back and stop «waiting»: that school, the heart of the community, has become a symbol of a new beginning for future generations and hope for a better life. For this reason it is important to take action. There are many children and teenagers who have already lost more than three school years, and the biggest risk continues to concern the recruitment of armed groups or the possibility of early marriages, things that occur on a daily basis. 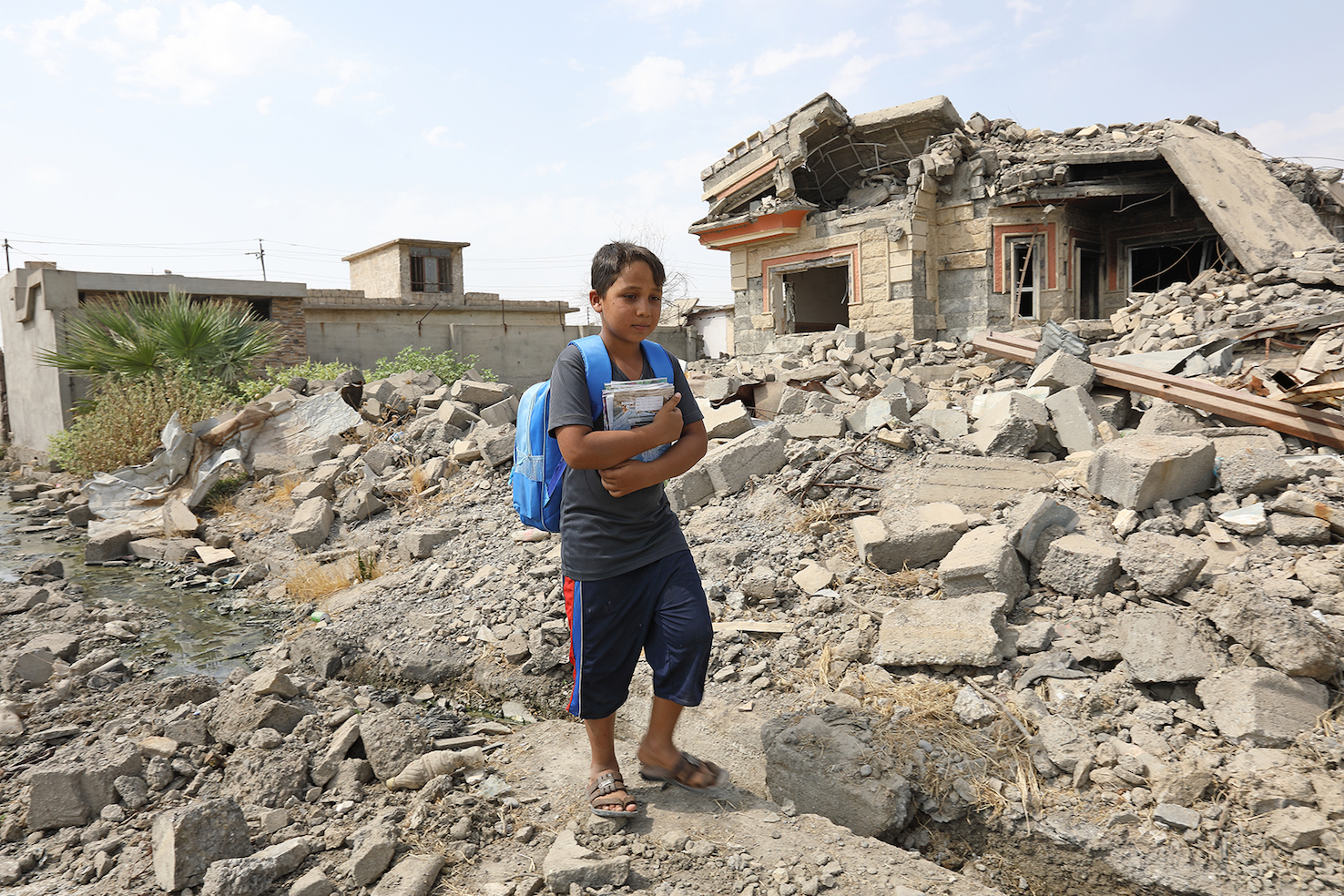 During the first project, carried out between May and July 2018, COOPI Suisse supported 300 children between 6 and 13 years in resuming their studies. Five temporary schools were set up in their village Aolo Azim and COOPI Suisse provided them with necessary school kits.

The activities in favour of education in emergencies, such as thousands of minors, victims of conflict, returning to school, continued. This was done by removing the rubble in 5 schools in order to set up container classrooms, toilets, power generators and water dispensers with purifiers, the provision of school kits, the training of teachers and social workers, resuming school activities, leisure activities and providing psychological support - for a total of 1.812 children. Furthermore, the distribution of hygiene kits and health awareness days were carried out for 3.144 children.

The direct beneficiaries in the two years of activity were 2.100 children and 45 teachers for Emergency Education interventions, 3.144 children for hygiene support activities through the distribution of hygiene kits. The indirect beneficiaries are 12.600 people, the students’ families.

The Society for Relief and Development (AFKAR) is a local NGO founded by volunteers in the Anbar region (south-west Iraq). Their role in the project was to ensure safe access, facilitate logistics and to act as a mediator in order to perform the activities in compliance with the real needs of the inhabitants and the local culture.