Rehabilitation of 3 wells in the Afar region in Ethiopia

Thanks to the AIL and the Municipality of Collina d'Oro we were able to build three wells to bring clean water directly to 1.500 beneficiaries and 7.500 potential users in the surrounding areas. The people living in this region continue to suffer from the consequences of the meteorological phenomenon "El Nino" that caused "the greatest drought in 30 years" in the whole area of Eastern and Southern Africa.

The severe impact of this humanitarian crisis is reflected in a high level of malnutrition affecting 2,5 million people, of whom more than 450.000 are in a state of severe malnutrition; 5.6 million farmers are in need due to difficulties with their crops; 5.8 million people have limited access to water. 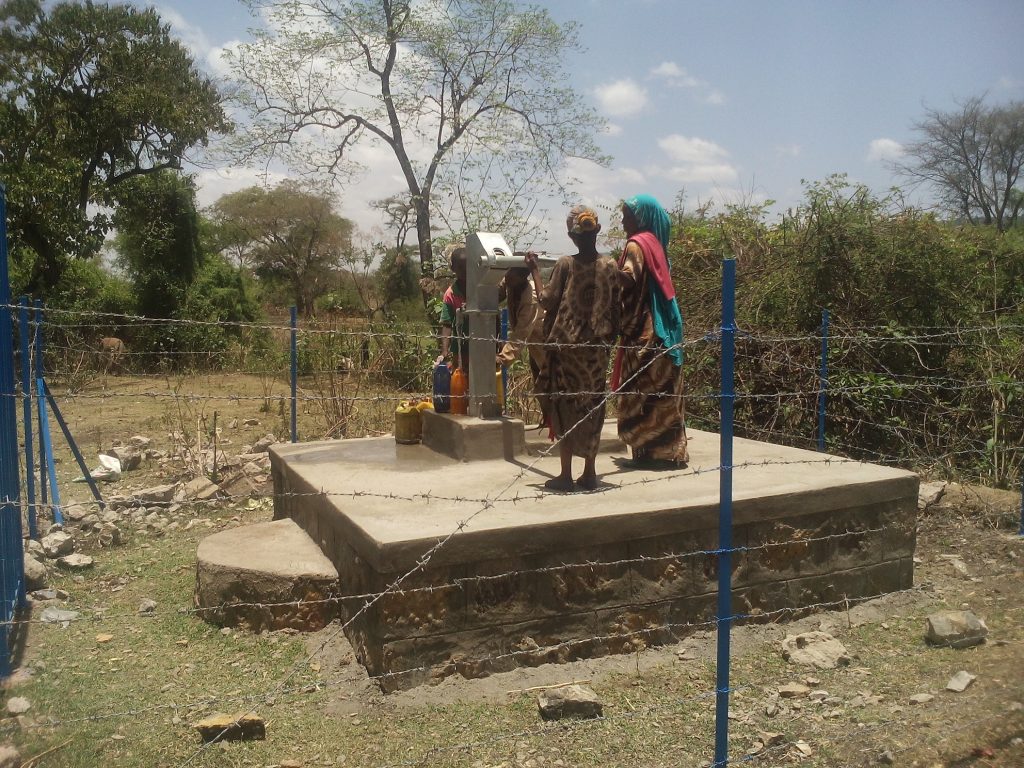 The repair of 3 existing wells - "shallow wells" - equipped with hand pumps, also included an activity in which the wells were cleaned and a new India Mark II type pump (standard hand pump, which is the most used pump worldwide) was installed. A cover for the well was also constructed.

The activities were carried out in partnership with COOPI Ethiopia and in collaboration with international institutions or NGOs, communities and local authorities.